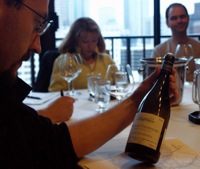 Sommelier Arnie Millan presents the Introduction to Wine Class series beginning Sunday September 9th, 2012 until October 14th. The program of six classes is scheduled every Sunday from 3:00 until 5:30 p.m. at Wine World & Spirits at 400 N.E. 45th Street (98105), just of I-5 and the 45th Street exit.

Free parking is available in Wine World’s lot on the North end of our building.

For reservations, inquiries or gift certificates, contact Arnie Millan at arniem@wineworldspirits.com or call 206-402-6086.

The classes include thorough tastings of 8 wines during each class and will be offered for $39 per class or $215 for all six sessions. 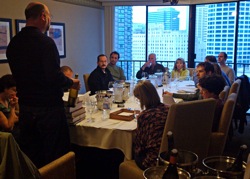 Topics covered will be:

We will learn a glossary of important wine terms, discuss the major international grape varieties as well as the basics of viticulture and winemaking.

September 16th – A Tour of Spain

Spain’s wine history is the oldest in Europe and its wine regions reveal a wealth of indigenous grapes far beyond the famous Tempranillo. Explore Spain’s dynamic and exciting wine scene.

September 23rd – A Survey of Italy

Italy is one of the world’s greatest wine regions with an unbelievable treasure trove of terrific indigenous grape varieties. We will cover all 19 wine regions and taste 8 delicious wines made from native grapes.

September 30th – A Tour of France

France is the touchstone for fine wine, the benchmark by which quality wine is judged. We will de-mystify and explain all their major regions including Bordeaux, Burgundy, Champagne, Alsace and the Rhône Valley.

If Europe is called the “old world” then this class covers everything else including the U.S., Canada, Mexico, Argentina, Chile, Uruguay, India, Australia, New Zealand, South Africa, and China. Whew!

Germany and Austria make some of the planet’s finest wines but few are aware of this. This class will definitely change your perception of these wines. The second half of the class focuses on food and wine pairing with a handout detailing Arnie’s Rules of Food and Wine Pairing.